The legendary professional football player and entertainer Terry Bradshaw has returned to the Las Vegas Strip. I saw The Terry Bradshaw Show two years ago in the 320 seat Atrium Showroom at the Luxor Hotel and Casino and it is as enjoyable as I remembered. 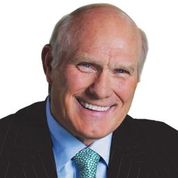 The show, produced and directed by Emmy Award-winner Anita Mann and written by Jon Macks, includes songs, comedy, storytelling, and a bit of dancing. The 70 year old’s 70 minute production features popular songs such as “Bye Bye Love” and Terry’s 1976 hit, “I’m So Lonesome I Could Cry”. The guy ain’t half bad as they say. Translation: He is a gosh darn legitimately good singer.

He had us with the first song – Boot Scootin’ Boogie. He owned us with comments like, “I can’t keep from telling people my problems.” And then there were his stories of his football days.

I don’t know much about football, but that didn’t matter. I had seen Bradshaw with William Shatner, Henry Winkler and George Foreman on the NBC reality show “Better Late than Never” and he was a hoot. The four time Super Bowl champ and Pro Football Hall of Famer was also a contestant on “The Masked Singer” .

My husband follows Terry’s NFL analysis broadcasts from Los Angeles on Sundays. After the broadcasts’ completion he takes a private jet to Vegas for the show.

The charismatic fellow with down home charm had the audience laughing and smiling and singing along. He told us early on that, “I’ve never done anything normal in my life.” and went on to say that, “Dumb is what I do best.” The audience loved his story about getting part of his back waxed. And there’s a bit of self deprecation when he says, “No on’s ever called me good looking”

Ya gotta love a guy who stands on stage in Las Vegas and says that, “I made my living by putting my hands on another guys’ butts” In addition to his stories of football days, he allowed time for a question and answer session with the audience.

Terry said that one of his bucket list items was to be elected to The Quarter Horse Hall of Fame. This from a man who shares that he is from humble beginnings. How poor was he? He tells us that he was so poor that, “We had to use the mule for both sex education and driver education.”

“My job is to entertain you.” he tells us. And he does. And the night we saw the show, Terry shared the stage with the talented  Anne Martinez. She delighted the attendees as Terry’s back-up singer and his comic foil. She has it all – looks, charm, and talent. Lorena Peril, the lead singer in Fantasy often partners with Anne in this production.

Terry Bradshaw will be charming audiences at the Luxor for selected dated throughout 2021. Check his schedule with The Luxor.

November 7, 2018 Stephan Martin Restaurant Reviews 0
Spread the love
Spread the loveThe Las Vegas Strip is home to about anything and everything when you are looking for a decadent vacation. But when it comes to craft beer and especially local craft beer, that is […]

The Nightclub and Bar Show Brings Thousands to Las Vegas

July 20, 2021 Burt Davis Events 0
Spread the love
Spread the loveClose to 9,000 attendees learned from seminars, sampled new and existing brands of liquor, and checked out a variety of furniture, gimmicks, games, and foods at Questex‘s 35th annual Nightclub and Bar Show […] 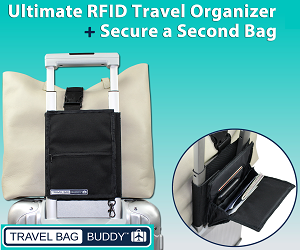